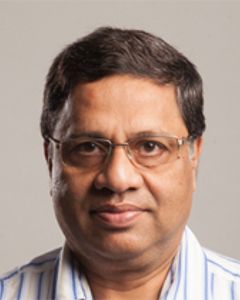 Abstract: The tutorial is planned to be predominantly based on the book the instructor authored titled, “Veracity of Big Data using Machine Learning and other techniques,” available at https://www.springer.com/us/book/9781484236321 and major libraries, including those of  MIT, Harvard, Stanford, CMU, and internationally.

One of the most important inventions on top of the Application Layer of computer networking is the concept of Online Social Networks (OSN). There are hundreds of Social Networking websites online, such as Facebook and Twitter, serving the basic need of human beings to connect. Many have made news on OSN and sprang to instantaneous fame. OSNs have proven to play a crucial role when there are calamities by contributing to the situational awareness at the affected locations. However, in spite of their largely humanitarian role, OSNs have been subject to substantial abuse. Given the power the OSNs command, many have used them with an intention to perpetuate lies, causing substantial damage.

The tutorial will start with the magnitude of the problem, detailing some grievous cases of the abuse. We will then examine some of the approaches that can be taken to solve the problem of falsehood on OSNs and the Web in general. Machine Learning is increasingly proving itself to be the mortar of modernization. The first approach we will discuss is appropriately, Machine Learning. We shall go over how some of the Machine Learning algorithms such as Logistic Regression, Artificial Neural Networks, and Support Vector Machine can be leveraged to address the problem.

Truth is the norm and the basis of civilization. A lie, in that sense can be viewed as a change from that norm. The next topic that is planned to be covered is Change Detection Techniques. The tutorial will go over how Statistical Techniques and Kalman Filter can be used to detect fraud on Twitter, such as that happened in the Presidential elections in South American countries. We will also examine how diverse techniques such Collaborative Filtering, Vector Space Model and Clustering can be used to address the veracity problem with Web information.

Can we impose a syntax on text to ensure truthfulness? We will examine answers to this question when we discuss formal methods such as Boolean Logic in trying to solve the problem of establishing veracity of information. Blockchain is being increasingly touted as the next big invention after the Internet. It is designed to ensure trustworthiness and OSN companies such as Facebook are working on leveraging Blockchain to provide better services. The tutorial will briefly cover the topic of Blockchain and explain how it can boost the trustworthiness of information. The material will be covered without assuming a lot of math / technical background, so should be easy to understand to anyone who is interested in these topics. The tutorial is planned to be useful to both professors / students, particularly those engaged in research and practitioners from the industry alike. 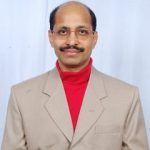 Bio: Dr. Vishnu S. Pendyala is a seasoned Technical Leader with over two decades of development, porting, and DevOps experience in the software industry. He graduated with a PhD in Computer Engineering from Santa Clara University. He also holds MBA(Finance), MS(Comp Eng), and BE(CSE) degrees from Indian and US universities. His publication profile can be accessed on Google Scholar here: https://scholar.google.com/scholar?q=vishnu+pendyala .
He served as a repeat technical paper reviewer for professional journals and conferences, including the IEEE Computer, the annual IEEE International Conference on E-Commerce from 2003 – 2007, and thirty others over the years. He is a frequent speaker and delivered keynotes and invited talks in international conferences. He served as an Area Governor with Toastmasters International and received the Distinguished Toastmaster, Area Governor of the Year, and Silver Scribe awards. He is on the executive council of CSI SIGDBA and is the founding editor of its flagship publication, Visleshana. He is currently serving on the board of directors of Silicon Valley Engineering Council.
Dr. Pendyala recently taught a one-week course sponsored by the Ministry of Human Resource Development (MHRD), GoI under the GIAN program. He received the Ramanujam memorial gold medal at State Math Olympiad and has been a successful leader during his undergrad years. He also played an active role in Computer Society of India and was the Program Secretary for its annual convention, which was attended by over 1500 delegates. Marquis Who’s Who has selected Vishnu’s biography for inclusion in multiple of its publications for multiple years.
Dr. Pendyala spends his fast vanishing spare time volunteering and has been a reviewer / judge for competitions like the Grace Hopper Celebration of Women in Computing, at High School conferences like state level DECA, science fairs and other STEAM events for the last several years. He has traveled widely, covering ~30 states in the US and 14 countries. He resorts to yoga, spirituality, and listening to music, to unwind and be himself. More about him at https://www.linkedin.com/in/pendyala/.

Bio: Anubha Gupta (anubha@iiitd.ac.in) received her B.Tech and M.Tech from Delhi University, India in 1991 and 1997 in Electronics and Communication Engineering. She received her PhD. from Indian Institute of Technology (IIT), Delhi, India in 2006 in Electrical Engineering. She did her second Master’s as a full time student from the University of Maryland, College Park, USA from 2008-2010 in Education with concentration: Higher Education Leadership and Policy Studies. She worked as Assistant Director with the Ministry of Information and Broadcasting, Govt. of India (through Indian Engineering Services) from 1993 to 1999 and, as faculty at NSIT-Delhi (2000-2008) and IIIT-Hyderabad (2011-2013), India. Since Dec. 2013, she is working as Associate Professor at IIIT-Delhi. She has author/co-authored over 80 technical papers in peer reviewed scientific journals and conferences. She has also filed 4 patents. She has published research papers in both engineering and education. Her research interests include signal processing for communication engineering, biomedical signal and image processing including fMRI, MRI, EEG, ECG signal processing, genomics signal processing in cancer research, Wavelets in deep learning, Dr. Gupta is a senior member of IEEE Signal processing Society and a member of IEEE Women in Engineering Society. She is Associate Editor of IEEE Access journal.

Bio: Vimal Bhatia (vbhatia@iiti.ac.in) received Ph.D. from Institute for Digital Communications at The University of Edinburgh (UoE), UK in 2005. He has worked for telecommunication and new media companies for over 13 years in both the UK and India. He is currently working as a Professor with Indian Institute of Technology (IIT) Indore, India. He has author/co-authored over 130-technical papers in peer reviewed scientific journals and conferences. He also has filed 11 patents of which 6 patents have been granted. As co-author he has received the best paper awards in OSA and IEEE conferences, and is awarded Young Faculty Research Fellowship from Ministry of Electronics and Information Technology, India. Dr. Bhatia’s research interests are in statistical and adaptive signal processing, and wireless communications for 5G and beyond systems. He is serving as an Editor for IETE Technical Review and is reviewer for IEEE, OSA, Elsevier, and Springer. He is also a certified SCRUM Master, General vice-Chair and General Chair of IEEE ANTS 2017 and 2018 respectively. He is also faculty convenor for Centre for Innovation and Entrepreneurship which comprises of Industry Relations, Student Entrepreneurship Support Cell, ENACTUS, DST-Innovation and Entrepreneurship development Centre and have been organising i5summit (with IIM Indore), and Industry-Academia Conclave-2017.